Decisions, decisions. You’re reading this because you’ve done some extensive research into solar power, but there are a few more answers you need before proceeding with your venture. Before we can answer the question about 3-phase solar inverters, it makes sense to review the two main power delivery types upon which your power supply is based.

From there, we can consider the type of solar power inverter to employ and whether you need a battery inverter charger. It all depends on your use case.

Before You Get a 3-Phase Solar Inverter: Check if You Have a Single-Phase vs. Three-Phase Power Supply

Deciding between a single-phase or three-phase power supply is one of the easiest and most basic determinations to make when installing a building’s electrical system. The main factor is the total electrical load the system is expected to draw.

Many mid-sized businesses, large housing developments, and industrial units are better served with a four-wire (three conducting, one neutral), three-phase power supply. It can better accommodate higher loads, such as driving powerful electric motors and pumps.

Advantage of Three-Phase Power Over Single-Phase

Accordingly, most industrial buildings are three-phase, whereas small commercial units can make do with a less expensive and simpler single-phase system.

Deciding Between a Single and 3-Phase Solar Inverter

So, if the solar system installed in your building is three-phase, the inverter will only work on one-third of the system. The solar energy power from the other two phases could be sold back to the grid.

An issue with single-phase inverters when feeding power back into the grid is voltage rise. On a day with good solar power generation and low demand in your building, it’s possible that your solar panel system might send too much voltage into the grid.

If that’s the case, the inverter will likely trip to protect itself, shutting off entirely. A three-phase inverter will help alleviate that problem by spreading the load more evenly.

A single-phase solar inverter would not be appropriate for an off-grid 3-phase solar power system with a battery bank because the power from the other two phases would be wasted.

In the case of an on-grid solar system, a 3-phase solar system design can send more power back into the grid. 3-phase inverters also reduce the risk of voltage rise by sending solar power to the grid via three cables instead of just one, thus spreading the load.

Finally, 3-phase inverters are the most appropriate choice for off-grid 3-phase solar power systems. They allow the full potential of the solar system to be harnessed. 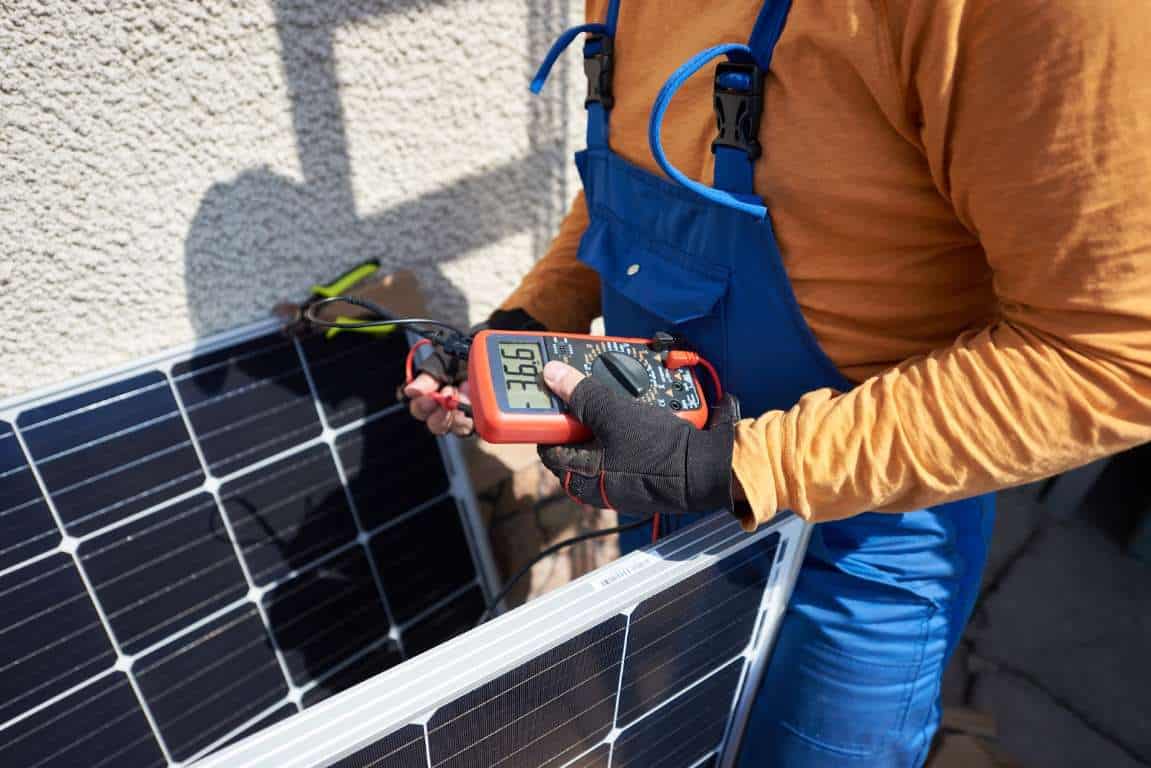 As we’ve seen, there are many factors to consider when deciding between inverter types, brands, and capacities. Some examples of popular inverters are the Fronius Symo 3.0 and SMA Sunny Tripower. They are both good representatives of a three-phase battery inverter charger.

Single or 3-Phase Solar Inverter for Your Property? We’ll Find the Right One

At Airis, we make installing a solar power system completely seamless. If you want to take a hands-off approach, our team can size the system appropriately for your needs. Alternatively, if you want to be fully involved in the decision-making process, we’ll be happy to educate you on the different aspects of your solar power system.

Book your free on-site consultation today to find out how large your solar power system can be, what type of inverter is best for your needs, and more.